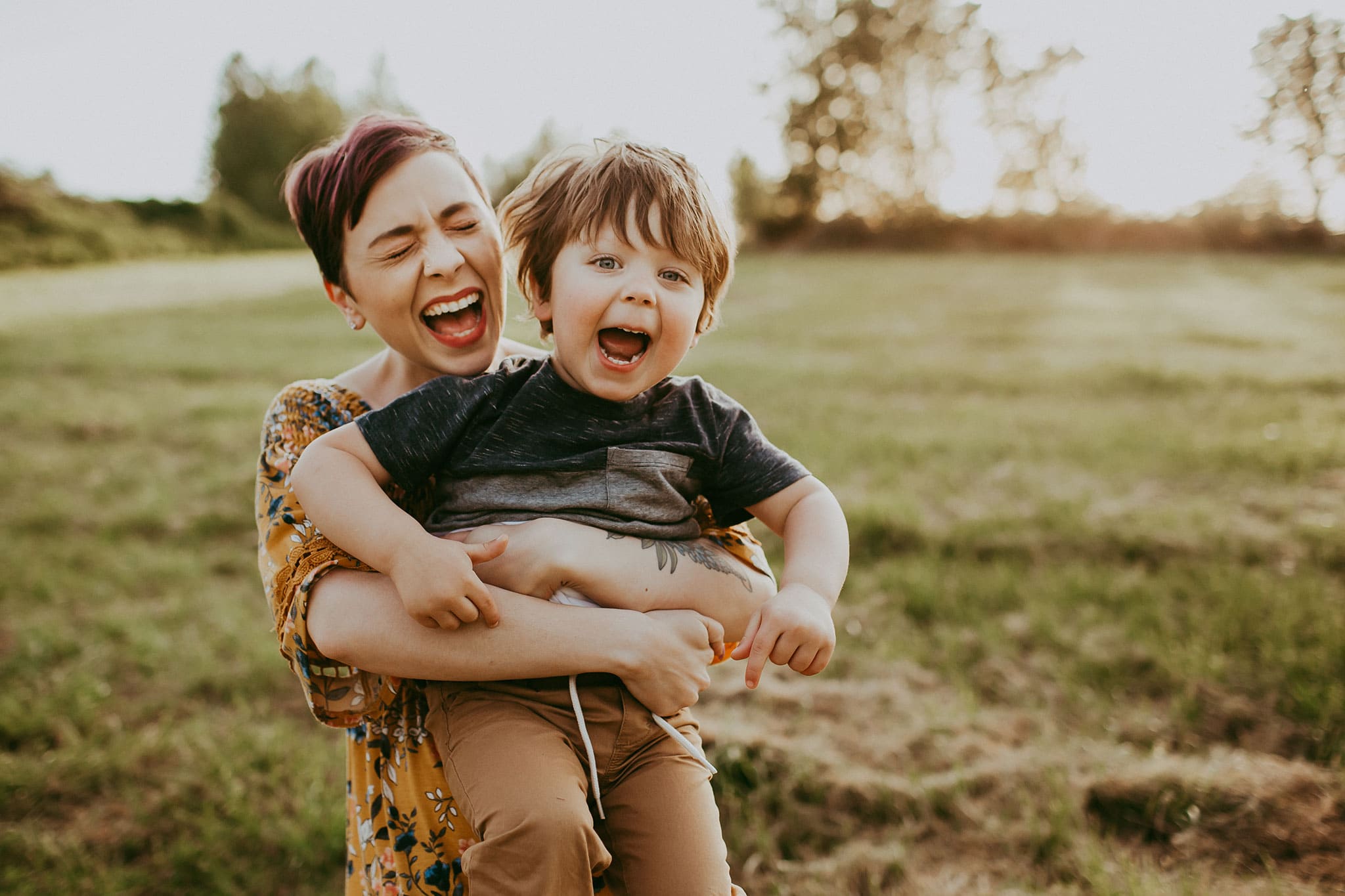 Okay, I know this sounds insane. I know. But it's completely true! I want your kids to misbehave during their photo session with me! If your kids were searching for family photographers in Portland, Oregon, they would probably choose me because I allow them to BE THEMSELVES! Actually, I've totally been hired by a child before😆. True story! She was 11 at the time, did all the googling, and contacted me through Facebook (with her parent's permission, of course). She thought I sounded fun 🙌.

But anyway, the point is, your kids should have the freedom to be themselves during your session, because that's how we get genuine smiles and true emotion, and their individual personalities can shine through.

You already know from a previous blog post that we play games during my family sessions, and this post is all about letting your kids be kids.

Below is an example of some fake smiles. While still incredibly adorable, there is no spark in the eyes and doesn't give you any insight into this little girl's silly little personality, or the sweet relationship between these two.

Now let's take this same mother and daughter and give them the space to be themselves. Let's allow them to play and get silly! Which photo do you like better? You know my answer😉.

And again, we will take this same little girl and let her talk about farts and poop! Lol.

So my point is this: It's totally fine with me if kids want to talk about gross things or be a little naughty during their session because that's what kids think is funny.

Let Them Do What They Do

This little guy thought that running away from the camera and his mom was hilarious. That's fine, we made it a game! And when his mom finally caught him, it was all worth it. Plus, we both got a workout without even having to go to the gym! Bonus!

He also thought it was great fun to whip the bubble wand around and try to splash both his mom and me. We let it happen! I just moved my camera if he got too close, and it was the end of the session anyway so mom was totally fine with getting bubble liquid all over her. Ha!

If we had told him to stop doing this and taken the bubble wand away from him, he probably would have cried and that would be that. I never would have gotten this hilarious photo...

The takeaway is this...

I don't necessarily want your kids to be hyped up on soda and candy and totally out of control. I just want them to have the space to be themselves. So that means that when they do get a bit hyper, say something disrespectful or gross, or have ideas other than what we are trying to get them to do, you let it go just for this one hour. And probably the hour leading up to the session, to make sure everyone is in a good mood.

If someone yells at them because they made a fart joke, they're going to get sad and possibly shut down, and that's the opposite of what we want. They can get a bit rowdy if that is how they are, and I will capture that so you can look back on it later and all laugh together about that one time little Jacob wouldn't stop saying the words, "pooper scooper." Or Sally kept making funny faces at the camera. Or whatever. 😆

If you like fun, happy photographers that will play games and goof around...

If you're looking for someone who will just roll with it when your kids are full of energy and toilet jokes...

I've got all the patience in the world!

But if you like the super posed, stiff bodies and cheese smiles, you'll have to look elsewhere because that's not my thing.

Book your silly family photography session with me in the Portland, Oregon area or check my pricing page for more info on packages. 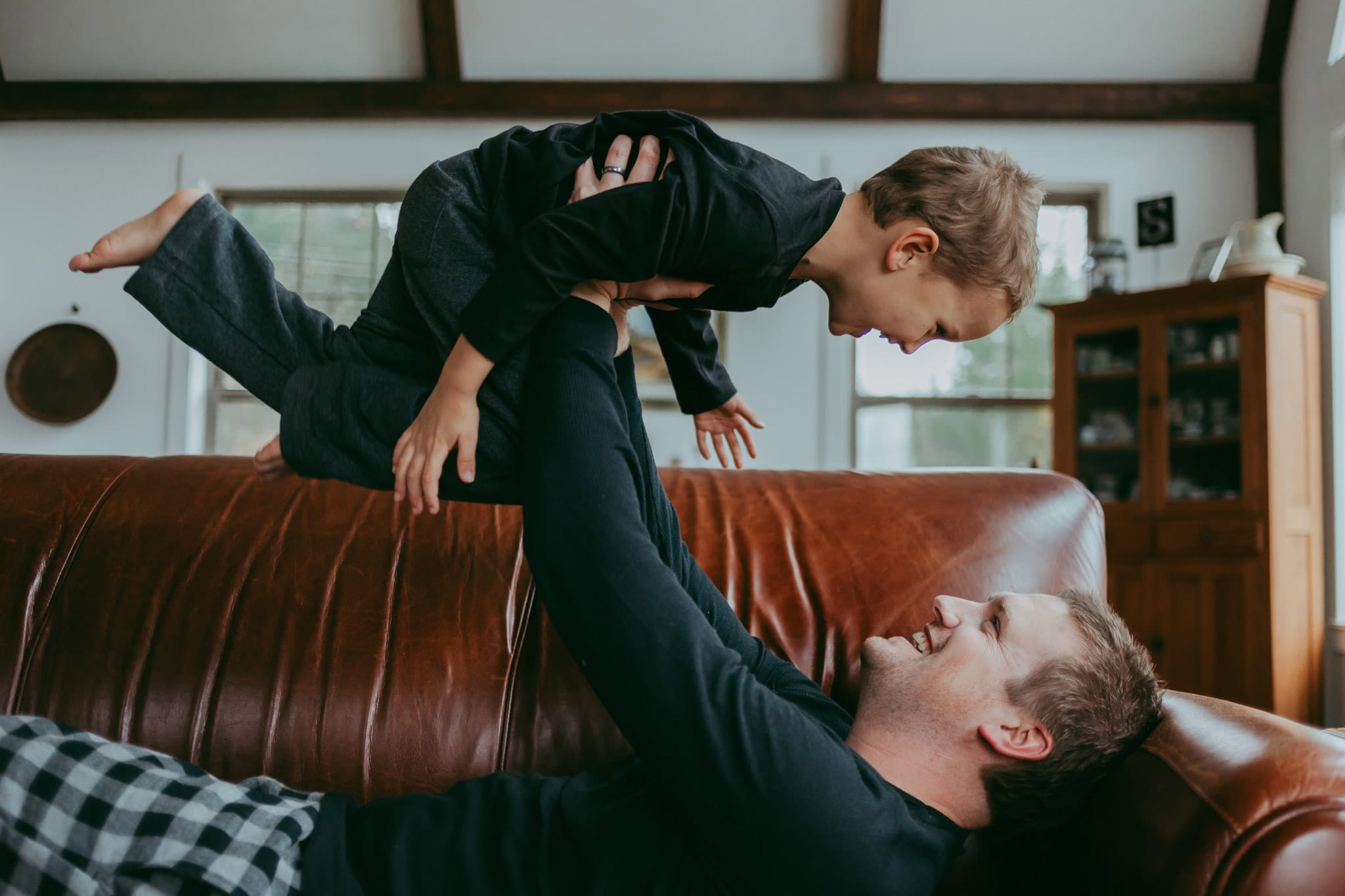 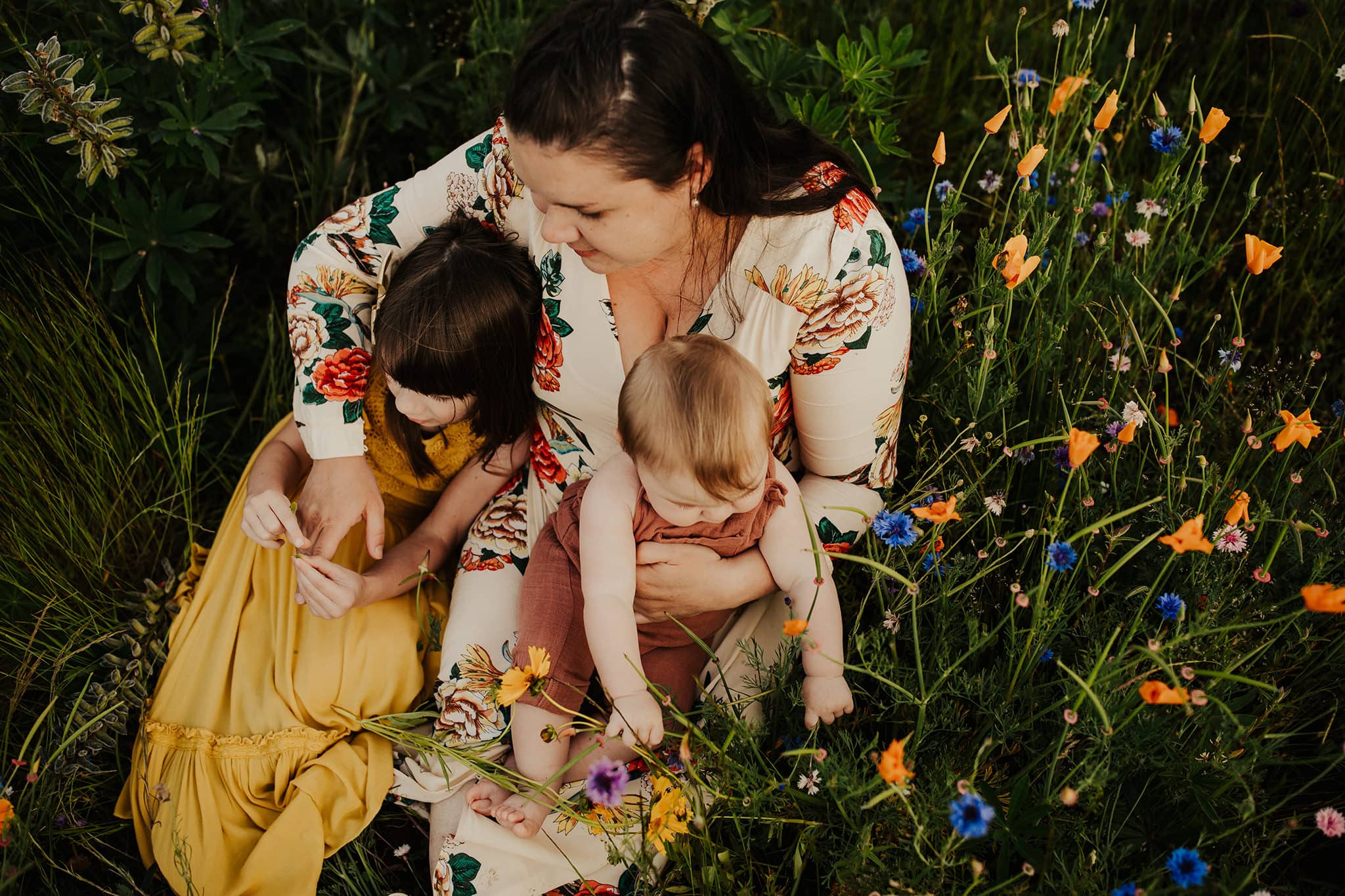 What Colors to Wear for Family Photos – Color Scheme Ideas 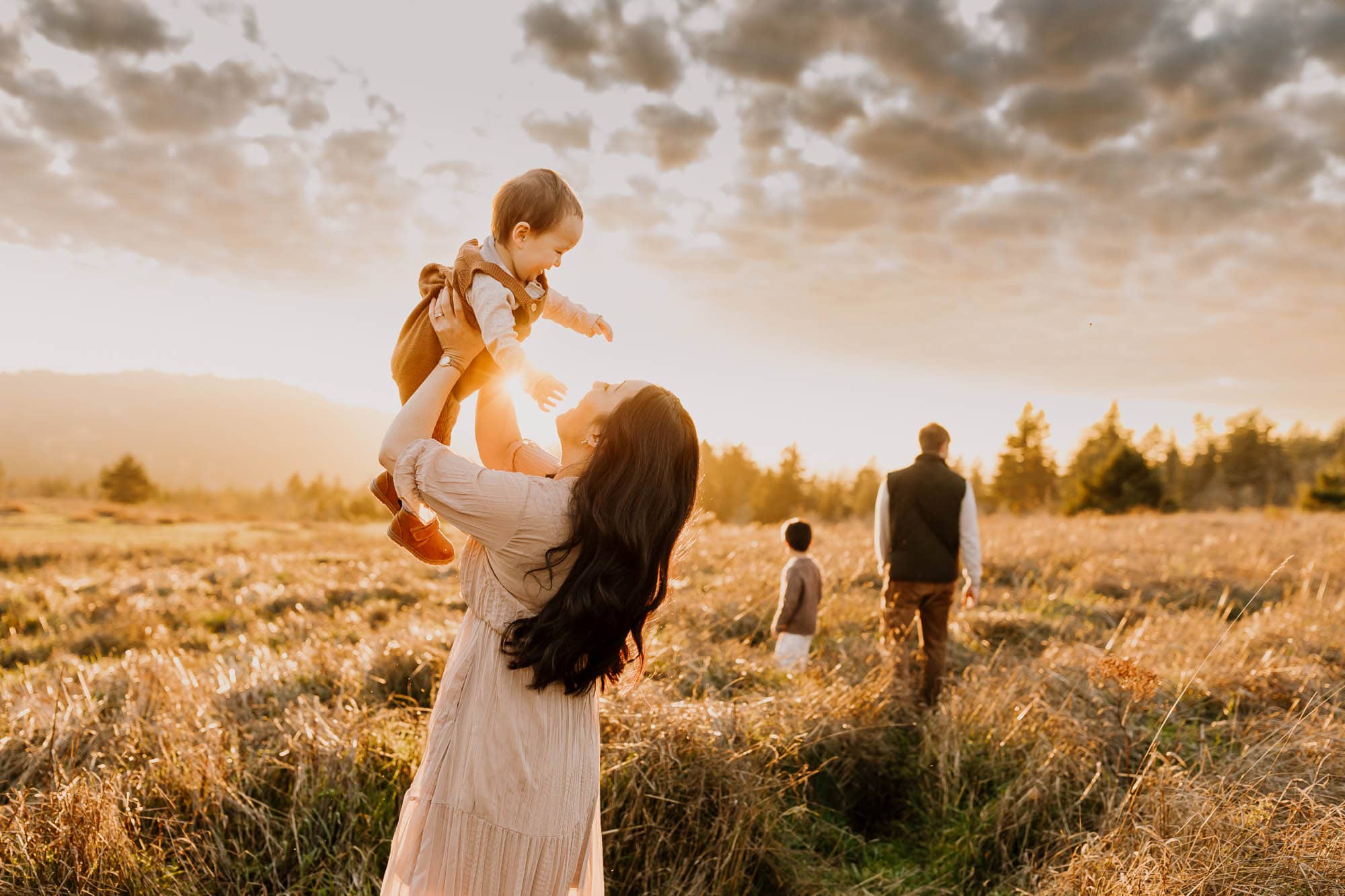 Late to your family photos? What to do! Advice from a Portland Photographer